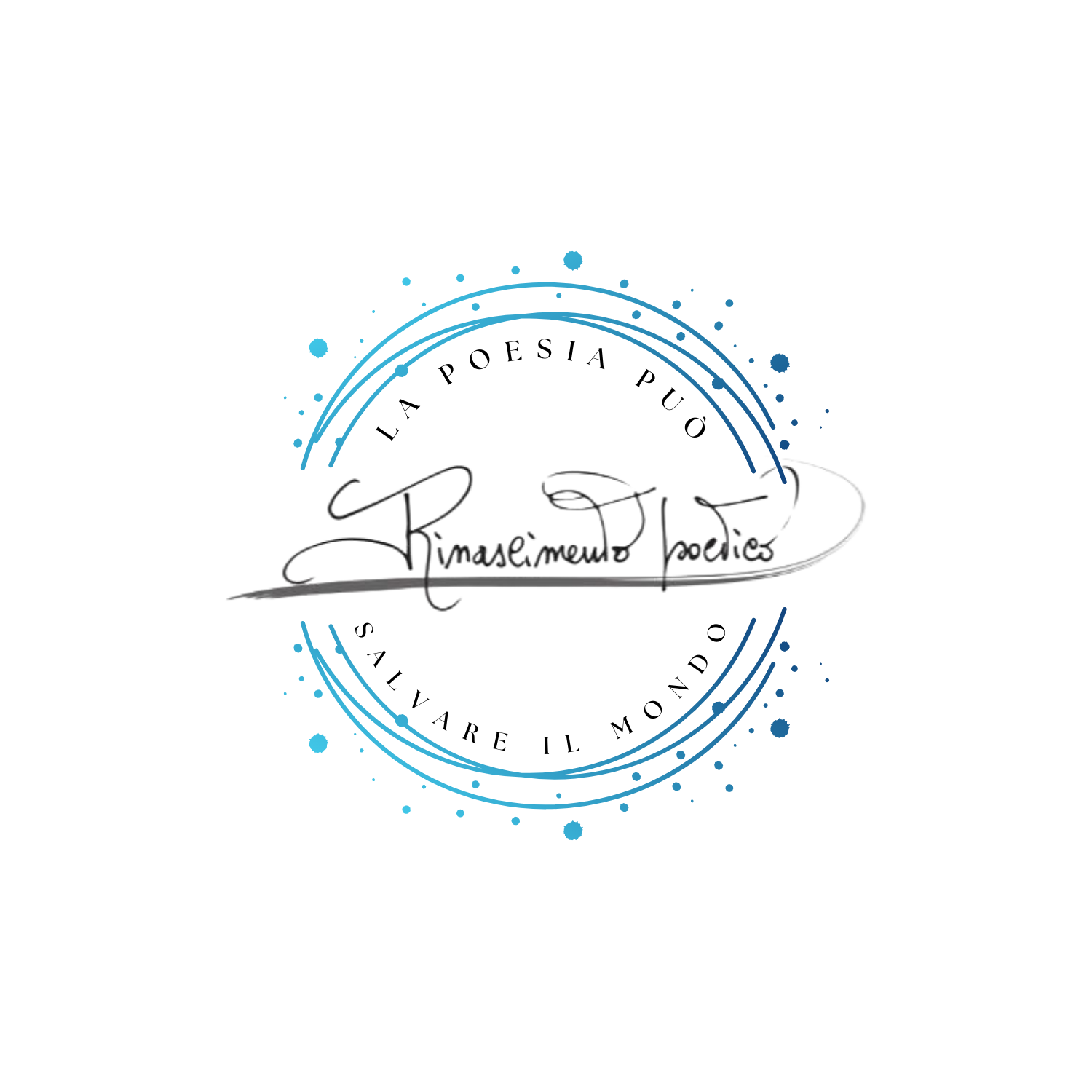 Poetry Renaissance is a spontaneous, inclusive movement, a free space for poets of any origin, belief or social condition, united by a single conviction: poetry can save the world.

We organize many live events – we let people express – workshops, poetry readings. And we have a lot of activity online, on Instagram, Facebook and Linkedin.

Poetry Renaissance was born in Italy and is expanding all over the world.

If you want to be part of it join by filling out the form. We will put you in contact with the poets of your area.

If there are no poets in your area write us, maybe you will be the first!

Here is the MANIFESTO of Poetry Renaissance.

Below we report some of the poets who gave life to the movement and who devote more energy to his life.

Poetry Renaissance is a spontaneous movement born In Italy during the first COVID quarantine of 2020. Many poets met on Intagram lives in Paolo Gambi’s profile to read and share poems. The movement then began to develop and have its own identity.

Here is our MANIFESTO

If you want to find out how the movement was born READ HERE.

Poetry Renaissance is a movement, it lives in great spontaneity and is an inclusive reality. Thousands are the poets who approached the movement in the first year of activity. Only recently we have given the opportunity to formally join.

Below we report some of the poets who gave life to the movement and who devote more energy to its life.

Paolo Gambi is the founder of the Poetry Renaissance. He is an artist, poet and performer focused on poetry as a contemporary tool of artistic expression. He has published about thirty books, many of them in the Mondadori Group. Some have been translated into five languages. His artistic research revolves around the word in its relationship with mystery, psyche and technology. His effort is to bring poetry into new spaces and new languages. He is a pioneer of bodypainting poetry, he writes poetry on the matter and stages it. He is one of the first in the world to have minted NFT poems.
Italian media such as Corriere della Sera, La Stampa, Il Giornale, la Verità, Affaritaliani, Artribune, talked about his artistic research, as well as sectorial media such as Poesia del Nostro Tempo, RAI poesia, Rivista Clandestino, NFThours, NFT poetry gallery, Vuela Palabra (in Spanish), Voce (Argentina), Espoarte.

Julieth Salazar Meléndez is a Colombian poet living in New York. She graduated from Columbia University with a degree in Biochemistry and a minor in Latin American Studies. She started working with a non profit organization coordinating and traveling on the field as a humanitarian aid worker right after she graduated from university. She traveled overseas to many countries such as Macedonia, Kosovo, Argentina, Zambia and Colombia. During her travels she continued to write poetry and prose and to contribute to the magazine that her brother started, Urban Latino, which became extremely successful and highly acclaimed for its innovative perspective on Latino culture in America. Later Julieth would become Beauty Editor at Urban Latino and then move on to be the Editor in Chief of Isabel and Ernst now IndigoMedia a Digital Media Group. Her poetry book Wallflowers/ Aleli is scheduled to be published this summer. Julieth writes poetry that is inspired by her life, travels, social issues, art and music. She has been active in the New York writers and poets community as both an editor and a writer supporting her fellow poets in their art.

Linda Ravenswood (BFA, MA, PhD abd) is a Poet and Performance Artist from Los Angeles. Short-listed for Poet Laureate of Los Angeles, West Hollywood, and El Segundo, and twice nominated for the Pushcart Prize in Poetry, a full collection of her poetry Cantadora, Letters from California is forthcoming from Eyewear London / Black Spring Press Group in 2022. Recent books include XLA POETS (Hinchas Press, 2021), TLACUILX (Hinchas De Poesia, 2021) & The Stan Poems (Pedestrian Press, 2022). She is the founder & editor in chief at The Los Angeles Press.

Founder and editor of online magazines for poetry and literature as Motiv, Tsmadim etc.

Mark Lipman, is the founder of Vagabond and the Culver City Small Press Book Festival; recipient of the 2015 Joe Hill Labor Poetry Award; winner of the 2016 International Latino Book Awards for The Border Crossed Us (an anthology to end apartheid); editor and publisher of RISE (an anthology of Power and Unity) and EXTREME (an anthology for social and environmental justice); a writer, poet, multi-media artist and activist, is the author of ten books, most recently, Dear City Council and The Role of the Revolutionary Poet in Society and a Strategic Vision for the 21st Century. Co-founder of the Berkeley Stop the War Coalition (USA), Agir Contre la Guerre (France) and Occupy Los Angeles, he’s been an outspoken critic of war and occupation since 2001 and uses poetry to connect communities to the greater social issues that affect all of our lives, while building consciousness through the spoken word. Currently, he serves as the Vice-Chair of Culver City’s Committee on Homelessness, and is a board member of POWER (People Organized for Westside Renewal); member of the IWW (Industrial Workers of the World), Ground Game LA, Veterans for Peace, Occupy Venice, the Revolutionary Poets Brigade, 100 Thousand Poets for Change and the World Poetry Movement.

Arianna Dagnino. Over the years Arianna has built an international experience as a lecturer, writer and literary translator.  She was raised by the sea in Liguria, Italy; later on she lived in London, Moscow, Boston and Johannesburg before moving to Australia, where she obtained a PhD in Comparative Literature. She currently teaches at the University of British Columbia in Vancouver. Arianna has written across genres as much as she has lived across borders. Among her books, the transcultural novel The Afrikaner (Guernica, Toronto, 2019), inspired by the five years she spent in South Africa as an international reporter (now available in audiobook and in German), the creative nonfiction Il quintetto d’Istanbul (Ensemble, Roma, 2021), a fictionalized account of her interviews with five renowned authors met on the transcultural frontier, and the collection of poems Seaborn Eyes (in press) – www.ariannadagnino.com

Débora Corn is a poet, writer and editor of Artelogy Publisher of Portugal in Brazil. Brazilian from Curitiba, she graduated in Performing Arts and worked as a theater teacher and director.

She has been writing poetry since she was a little girl; it is her most natural place, as her favorite poet Alberto Caeiro says.

She has 4 copyrighted poetry books released. In Brazil, she created several poetry events and workshops. In Portugal, she released her first book and held poetry events.

In 2021, she created the Anthology: “A poesia dos dois lados do Atlântico” to give voice to new Brazilian and Portuguese poets.

Gencer Aytüre. I’m from Eskişehir, Turkey. I studied Languages and Tourism in Fethiye at college then went to England for a while which was actually a great experience for me in many ways. Then I studied English at Anadolu University in Eskişehir started teaching English as well as writing for newspapers and magazines in Turkey. I made radio programs for Turkish National Radio and Televison Broadcasting Corporation: TRT. I have written 2 books: one on poetry and one on philosophy and I am about to finish my two books: a novel and poetry. I organised one of Turkey’s most prestigious Poetry Meetings for 5 years hosting many Turkish and Foreign Writers and Poets. Now I’m teaching and writing Eskişehir’s Art and Culture Page on a newspaper as well as a new program for the Municipality here called “City Talks”. I lost my dad two years ago and every word I write and every breath I take is on his memory for me. I joined the Poetry Renaissance with so much joy to gain and add power to the strenght of The Language of Poetry which is inviting everyone who believes there can be a better way of looking at life in terms of peace, art and respect to all on this planet.

Fentahun Adugna. “I was born into rural Ethiopian society surrounded by those whose lives were dependent on subsistence agriculture and without access to clean water and electricity. I grew up in family of five members whose income depended on farming less than a hectare of farmland. At the age of sixteen, I moved to a nearby small town to attend high school. While there, I discovered that people living in the town enjoyed much better living standards than my own family. I was introduced to modern roads, piped water, and electricity and especially being able to enjoy having light at night; which made inexorable shift in my attitude to life. Since then, I have developed a predilection for solving basic necessities in rural Ethiopia and it has been my north star for my career. I have BED in history and civics from Aksum University. I do have Master of Social Work (MSW) from Bahir Dar University. In addition, I have also BA in accounting from Alkan College. I had been working both as a teacher and department coordinator at governmental and NGO schools demonstrating a standard level of performance. I was found to be educated patent, highly communicative, self-confident and hard working. As I am a teacher I like reading poem, historical and fiction books. I like traveling and watching football. I am always ready to grasp new things. I enjoyed while helping the needy”.

Maria Alejandra Teresa Alburjas Rojas. I was born in Maracay, Aragua state, in the Central Region of Venezuela. I graduated in veterinary medicine. My occupation has always been teaching at university level, where I work as a teaching and research staff, in addition to occupying a managerial position for more than 10 years. My postgraduate studies were carried out precisely in the area of University Teaching and Education Sciences. I enjoy working in comprehensive vocational training for young people because they represent the hope of the world. I enjoy the beauty of nature, cinema, music and in general all the artistic expressions that help me to grow as a person and fill my soul.